Nearly two and a half centuries have passed, yet little has changed since the Graemes called Graeme Park home. To draw attention to the mansion’s original architectural features, only a few representative pieces of furniture are Housefound at Graeme Park.

Visitors to Graeme Park in the eighteenth century would approach the house from nearby Governors Road. Their carriage would pass by two large stone gateposts. One still remains and has been moved to a corner of the mansion. Stopping on the carriage path, family guests would walk through the beautiful formal gardens which graced the grounds of the mansion. 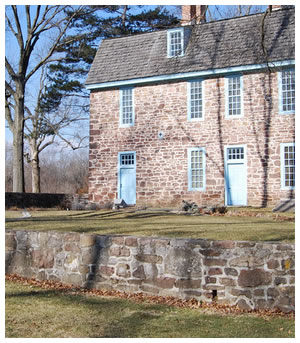