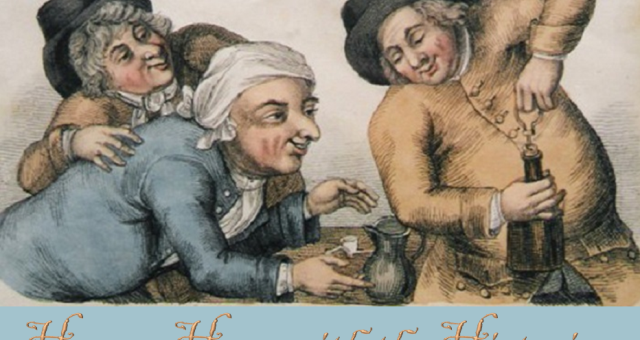 August 2—The Quaker Response to the Civil War

Four generations of the Penrose family lived at Graeme Park from 1801 – 1920. As Quakers they were morally opposed to slavery and to war. How did they and other local Quakers react when the Civil War broke out? On one hand it was a morally justifiable cause, on the other it was a war that would tear families apart.

The Deshler-Morris House in Germantown, also known as the Philadelphia White House, was President Washington’s retreat during the Yellow Fever Epidemic of 1793. The house was restored beautifully in 2009 and then closed due to lack of funds. Take a rare inside look into the beautifully furnished rooms and hear about the process for researching and interpreting modern museums with local historian, Roddy Davis.

Although Philadelphia was the largest city of the time and relatively cosmopolitan, not all of its residents (including some of the nation’s most famous founders) were admirers of the theater. Evidence suggests theatrical productions were staged by the British in Philadelphia and by Washington’s troops at Valley Forge during the winter of 1777-1778, even though theater productions were proscribed by the authorities. Join us tonight to hear more about the plays and players of Philadelphia’s colonial past.

October 18—The “Body Snatchers” of the 18th Century

In the 18th century, being a dead person really did not mean your body got to rest in peace. Under the cover of darkness and armed with shovels, tarps, and tools, teams of men snuck into cemeteries to extract human bodies from their not so final resting places. These were not the actions of common criminals, however. Instead perpetrators who took to the darkness were some of the brightest and most promising citizens of the new republic.