Way back in January of 2010 we took you up the roof access stairs for a quick peek in under the eaves. I’m very belatedly following up on my promise back then to show you the cellar next.

The current access to the cellar is through the bulkhead doors on the south side of the house. Originally it was from the east end, and the supporting arch is still visible in the stone work. It is not known when or why the access was changed, but a photograph from 1903 shows it in its current position. The architectural historians who prepared the Historic Structures Report (HSR) concluded that it was likely moved before the paneling was installed in the parlor and therefore done by Dr. Graeme as part of his renovation campaign. 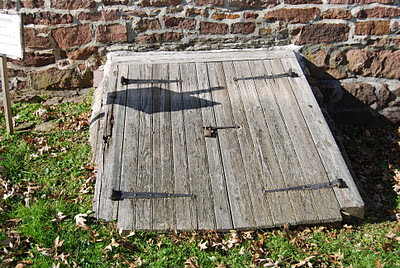 Descending the old stone stairs inside the bulk head doors, you may notice the arched brick header or you may be preoccupied with watching your head and your footing. 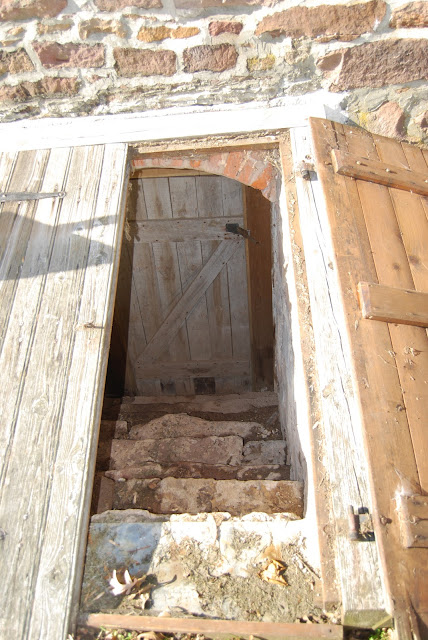 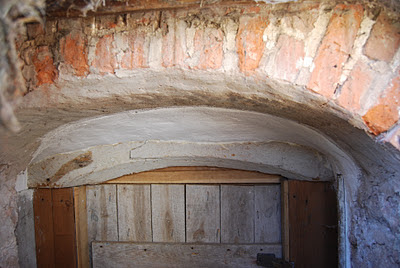 The cellar has a dirt floor and head clearance for a shorter person to stand. It goes only under the parlor with a crawl space under the office and dining room. Due to our high water table, it floods easily now and most likely flooded then – I can’t help but think that that is why they didn’t bother to put it under the entire house – it was a lot of digging for a space that most likely couldn’t be used for major storage.

To the left you can view the supports for the fireplaces above. People often think that these are fireplaces, and some “working cellars” did have a winter kitchen in them, but there is no flue so this is purely to support and bear the weight of the fireplaces and chimneys stacked above. 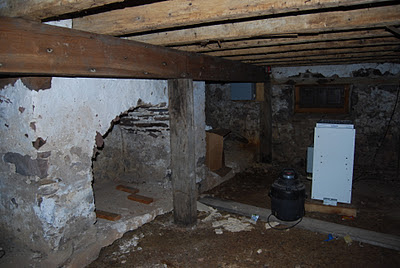 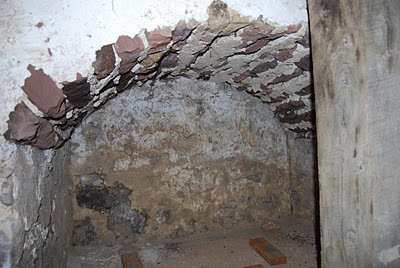 To the right you can view more of the support beams that carry the house. According to the HSR, the joists, which run from end to end (left to right, below) are the original straight-sawn oak, the posts and beams, running from the front to the back of the house, were added for additional support during the state’s restoration in the 1960s. 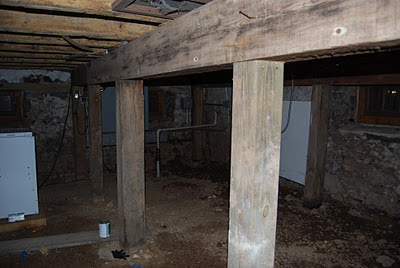 If you look closely, you can see the original up and down straight saw marks on the joists. Saw mills, which made straight cuts (unlike today’s circular sawn timbers) were in existence back when the Keith House was built, and often times timbers were pit-sawn on site with one man standing on the timber and another standing in a pit below working a two man saw up and down. 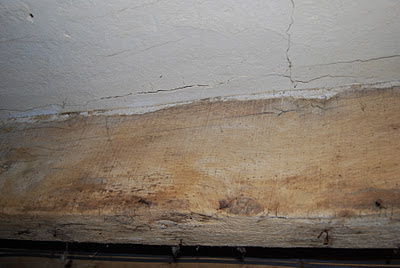 So there you have it. Hope you enjoyed this brief tour of another area of Graeme Park we don’t show to visitors.