One of the things we frequently hear at Graeme Park is how much bigger the house seems once you’re inside, but did you know that Graeme Park was the inspiration for more than one miniature version?

The earliest we’ve encountered were models created by architects employed by the Works Projects/Progress Administration (WPA) as part of the Museum Extension Project which loaned the objects out to schools to use as teaching aids. We profiled these models with a bit more information as to their creation in the January – March, 2007 Graeme Park Gazette. 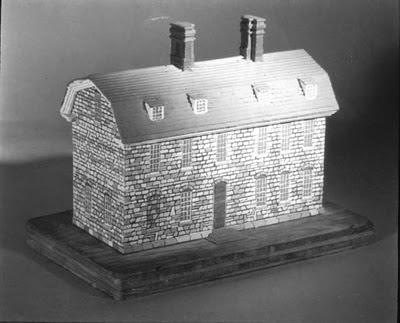 If you’ve been on a tour of Graeme Park, you may have noticed the wooden model on display that was created by carpenter Clarence M. Brunner and, like the WPA models, used as a teaching aid – this one in a 4th grade classroom at Simmons Elementary School. The kids painted the stones and did the interior decorating, including creating paintings for the parlor, furniture, and even some paper doll versions of the Graeme family members. 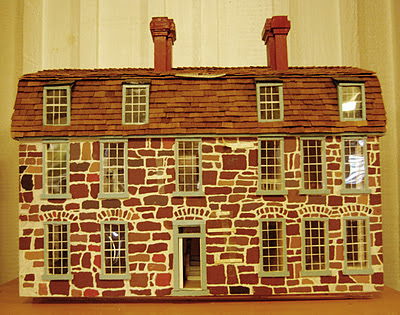 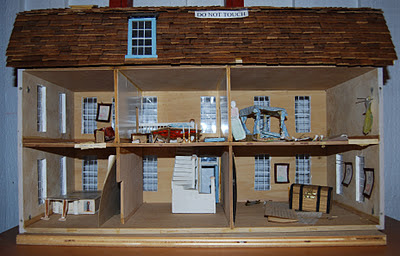 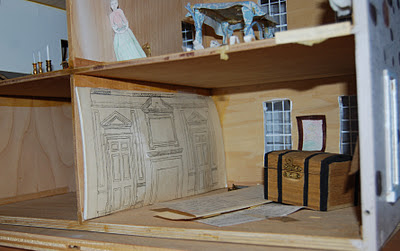 If you want to see some truly amazing detail work, look no further than the Drawing Room of Twin Manor. Seven years of research by William R. Robertson, and construction in conjunction with his mother Esther, culminated in two identical 1/12th scale houses (hence the name, Twin Manor), one of which is on permanent display at the Toy and Miniature Museum of Kansas City. The Robertson’s based their dream doll house on some of the finest examples of Georgian architecture from Virginia to Maine, and modeled their Drawing Room on those of Graeme Park and Fairmount Park’s Woodford. 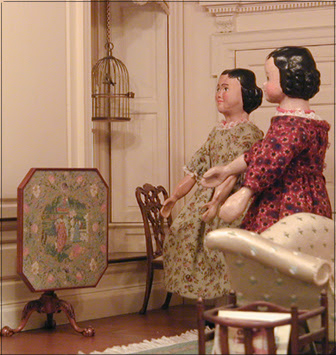 There is a definite resemblance in the paneled shutters, the triangular pediments over the symmetrical doors (which open in the opposite direction), the paneling on the side walls, and maybe the entablature (hard to see clearly in the photo) consisting of a simple architrave, dentil molding at the frieze level, and a simple crown molding, but the more ornate elements, particularly the fireplace overmantle, seem to have been taken from Woodford. 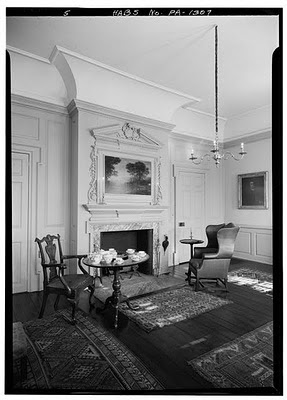 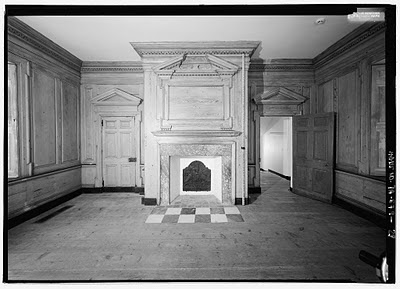 For more information on Twin Manor and to see some of the other rooms, go here.

Pink Parlor, Graeme Park was created by Edith Farnum and displayed at the Philadelphia Flower Show in 1977. According to the exhibitors’ guide, the creations were to be inspired by a “favorite place.” 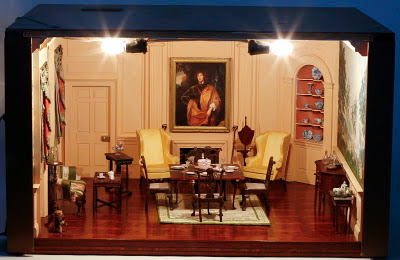 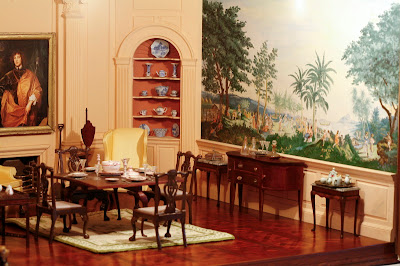 Other than the simplicity of the fireplace surround, and the standard 6-panel door and lock, I don’t see much of a resemblance. Do you? I would like to get a better view of the windows and shutters. We first encountered this model here, and confirmed it with the Pennsylvania Horticultural Society who sponsor the show. The room was sold at auction in 2007.