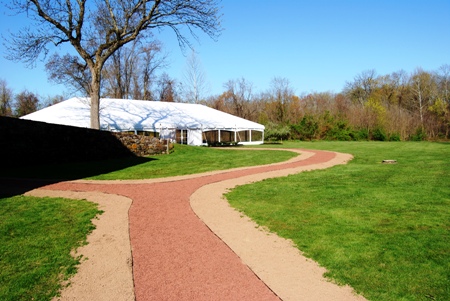 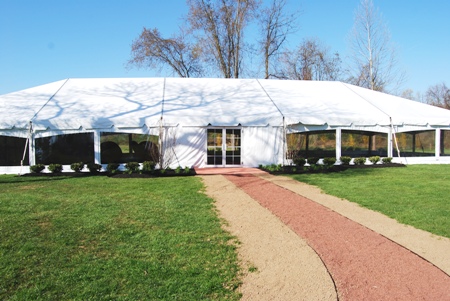 Things have been progressing nicely with the landscaping around the Open Aire Affairs tent. The sides of the new gravel path have been graded with dirt and seeded and the beds around the entrance to the tent have been planted with two small ornamental Kousa Dogwood trees, some ornamental grasses and some small, white flowering bushes (again, not sure yet of the specific plant varieties). 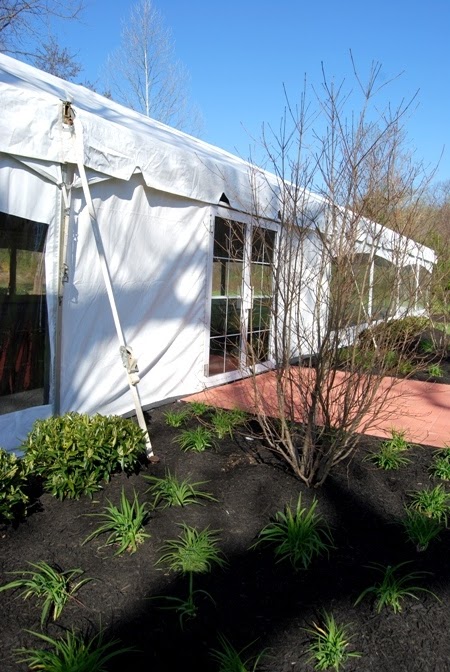 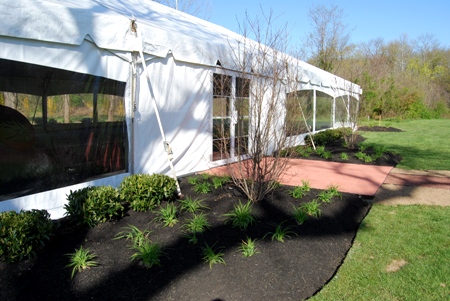 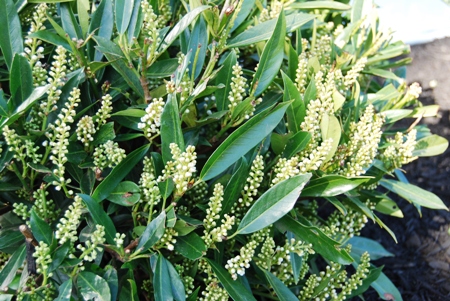 The rear of the tent has also been fancied up with red gravel around the existing trees, which were cleared out and cleaned up last year. Around the trees a bunch of rhododendrons have been planted and they should grow fairly large and fill in the area nicely with color and greenery. Further back a screen of forsythia will help disguise some of the brambles and additional seeding has been done in the areas where it looks like it is just dirt, so that should grow in nicely and give us a bright green lawn area back there too. 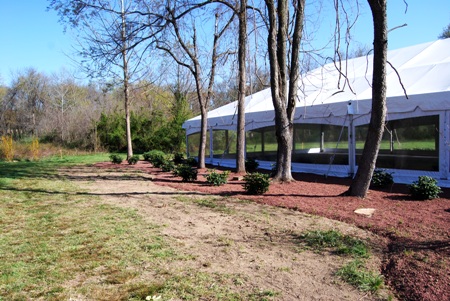