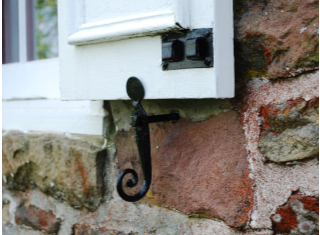 Shutter dogs, also called tie backs, are an example of a functional and utilitarian piece of hardware that also added ornamentation to the home. Unlike modern house shutters, which are often fixed open and only used decoratively, colonial shutters were opened and closed daily to help protect from heat and sunlight and to offer security. […] 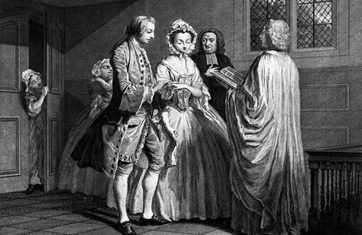 Graeme Park in the fall has its share of crisp autumn air and fall foliage. And looking at our calendar, it certainly has its share of weddings, too. The more moderate months of September, October and November are very popular. Couples find the backdrop of the Keith House and barn the perfect setting for a […]

Early in the morning on July 11, 1804 two men met on the dueling grounds of Weehawken, New Jersey. When the duel was over one man was dead, the other a fugitive. As school children we all learned about that fatal duel between Alexander Hamilton and Aaron Burr, but do we really know what went […]